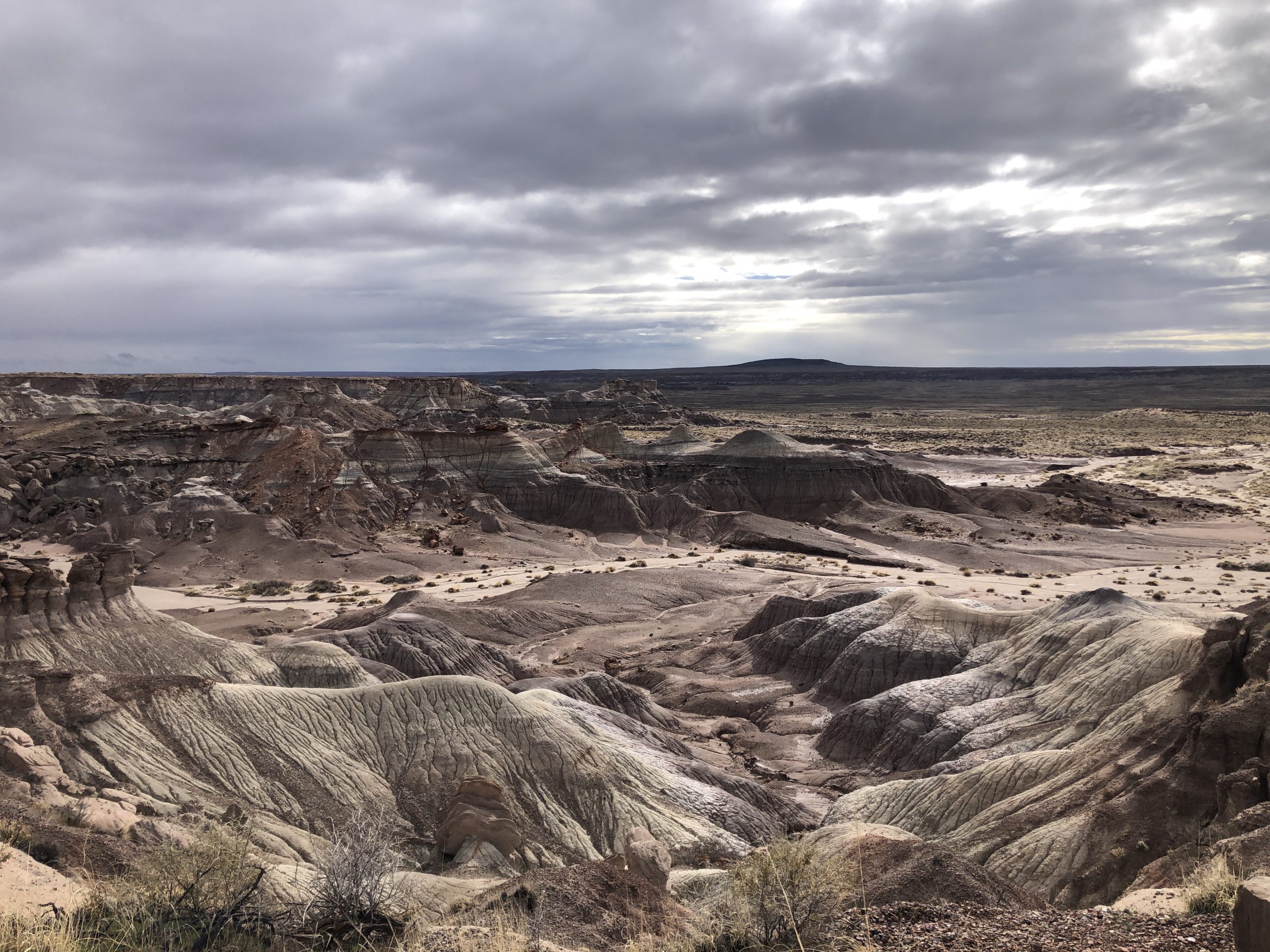 Turning and turning in the widening gyre
The falcon cannot hear the falconer;
Things fall apart; the centre cannot hold;
Mere anarchy is loosed upon the world,
The blood-dimmed tide is loosed, and everywhere
The ceremony of innocence is drowned;
The best lack all conviction, while the worst
Are full of passionate intensity.
– William Butler Yeats, The Second Coming

Of course, it wouldn’t really be my last road trip. Would it? But later, after I returned home and the country “went dark,” it certainly seemed as if it would be. When I set out for Phoenix in early March the first unsettling winds of what was coming were drifting in from the coasts. I’d been watching the clandestine cell phone videos out of Wuhan, keeping track of cases popping up in California and Washington; reading about the poor souls stranded on cruise ships around the world. I couldn’t shake a queasy feeling in the pit of my stomach.

I never seriously considered cancelling my trip, but that didn’t mean the planner in me wasn’t going to hedge my bet. I packed as if for the Apocalypse. If I got stranded in a hotel room in the outskirts of a high desert town, I wanted to be sure I had enough victuals to survive for a few weeks. I put together what I jokingly called my Virus Kit (vitamin C, vitamin D, acetaminophen, tissues, anti-bacterial wipes and spray, throat lozenges, coconut water – for fever – latex gloves, and the now ubiquitous and hateful masks). I packed lots of bottled water, paper towels, toilet paper, packets of pre-cooked rice and beans, instant pho bowls (just add hot water!), cereal, muesli, Lara Bars, coffee, tea, and various other dry goods. Never for a second did I think I would use any of it. Especially not the Virus Kit.

The drive west was uneventful and (thanks to my new Tundra) very comfortable. It seemed like clear sailing. My time in Phoenix went well and I enjoyed spending time with friends. Sure, things were a bit weird at the grocery stores with long lines of panicking citizens loading up on water, canned goods, dried pasta, and toilet paper. I was further unsettled when the gym in the condo complex where my friends and I were staying closed. But it was easy to ignore all of that, at least for a while. We were tourists! We’d be out of there and back to normalcy in our respective home states before we knew it.

Then came the return trip.

Below is the story, in photos and a few random thoughts, of that crazy moment in time.

Road trips don’t really start until one has left her home state, so we are jumping ahead to Day 2…

I departed Amarillo well before sunrise. For a while it was just me and the semis on the road. A few miles outside of the city, a line of red lights blazed in the dense blackness of pre-dawn, and defined what I thought was the horizon. They were a cheery string of Christmas lights, blinking on and off in perfect sync. The lights rose in height as I approached, imparting a sense of vertigo. At last their origin was revealed: they were the pulsing warning lights that topped hundreds of windmills.

As light slowly advanced across the sky, I drove into a full moon, following it all the way down to the horizon. I pulled off at a lonesome exit just at the border between Texas and New Mexico to take the photos below. 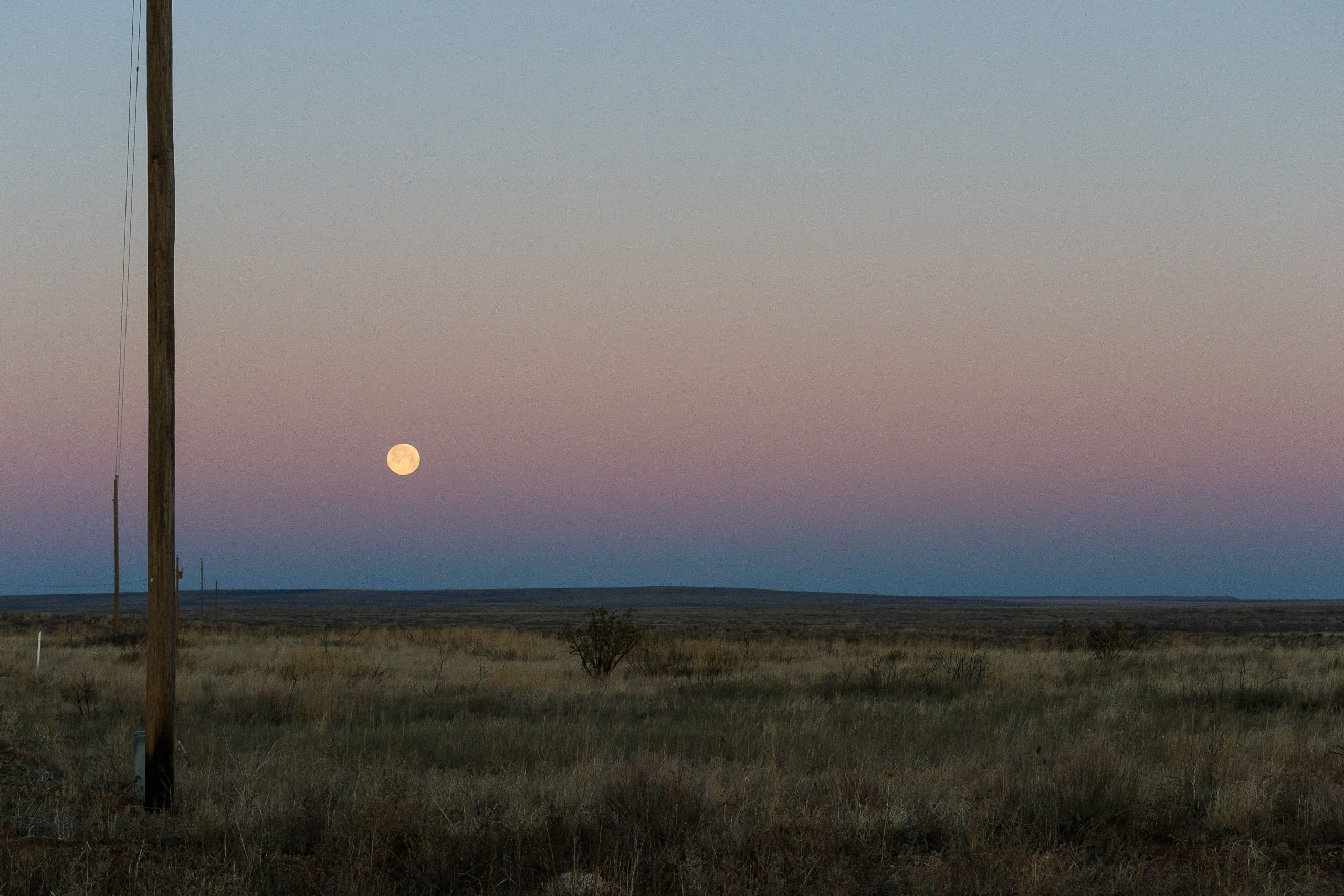 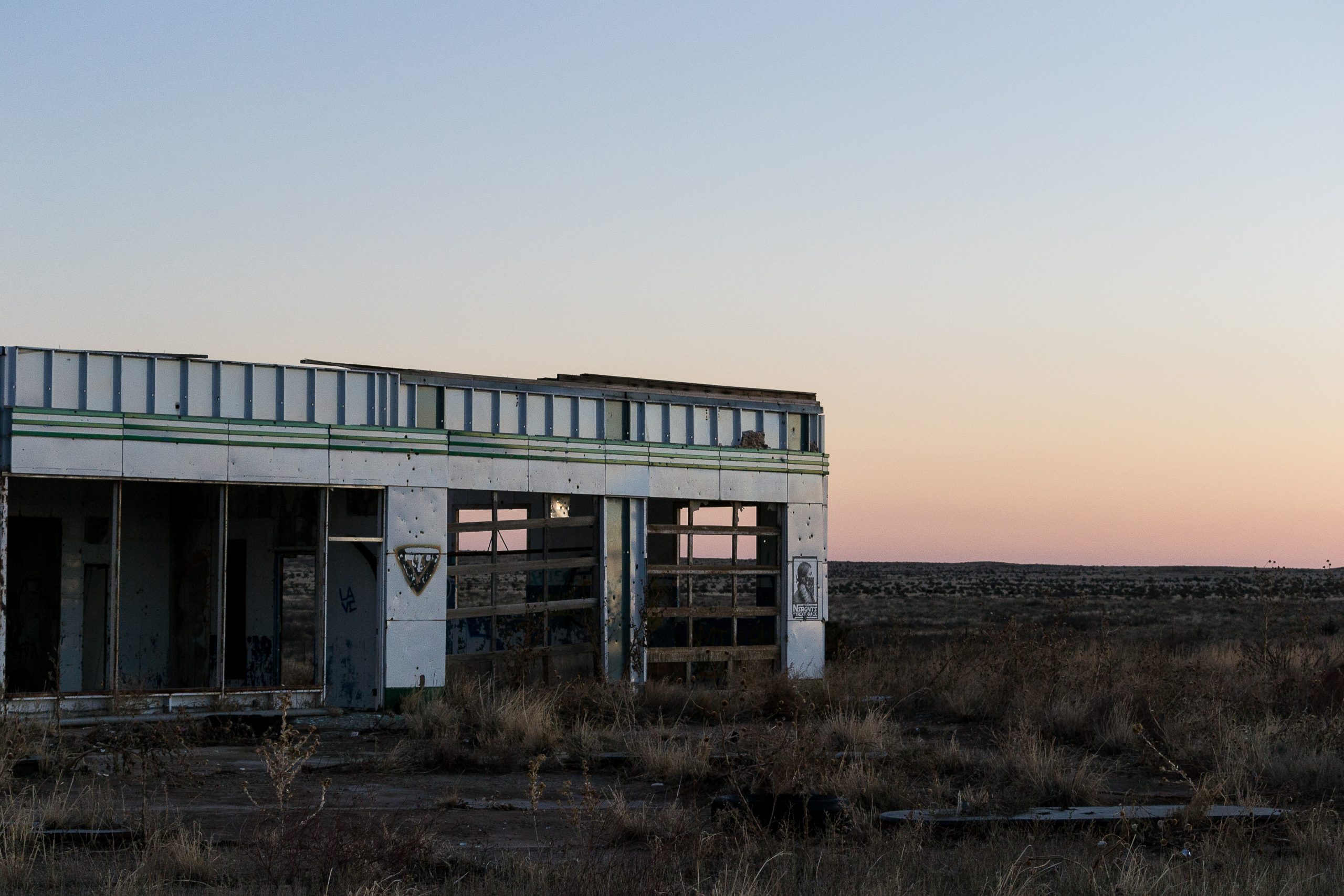 This was an impulse stop, a destination I found simply by looking at my road atlas. A quick internet search convinced me I needed to see what an ancient volcano looked like. Bonus: ice cave!

However, I can’t say this was the most impressive attraction I’ve ever seen, but it was worth the stop – if only for getting me out of the car and onto my feet. One could be forgiven if she mistook the volcano for evidence of nothing more than a rock slide, but seeing the other “cones” in the area was pretty cool. Plus the ice cave was literally cool, which was much-appreciated after my hike up to the volcano. 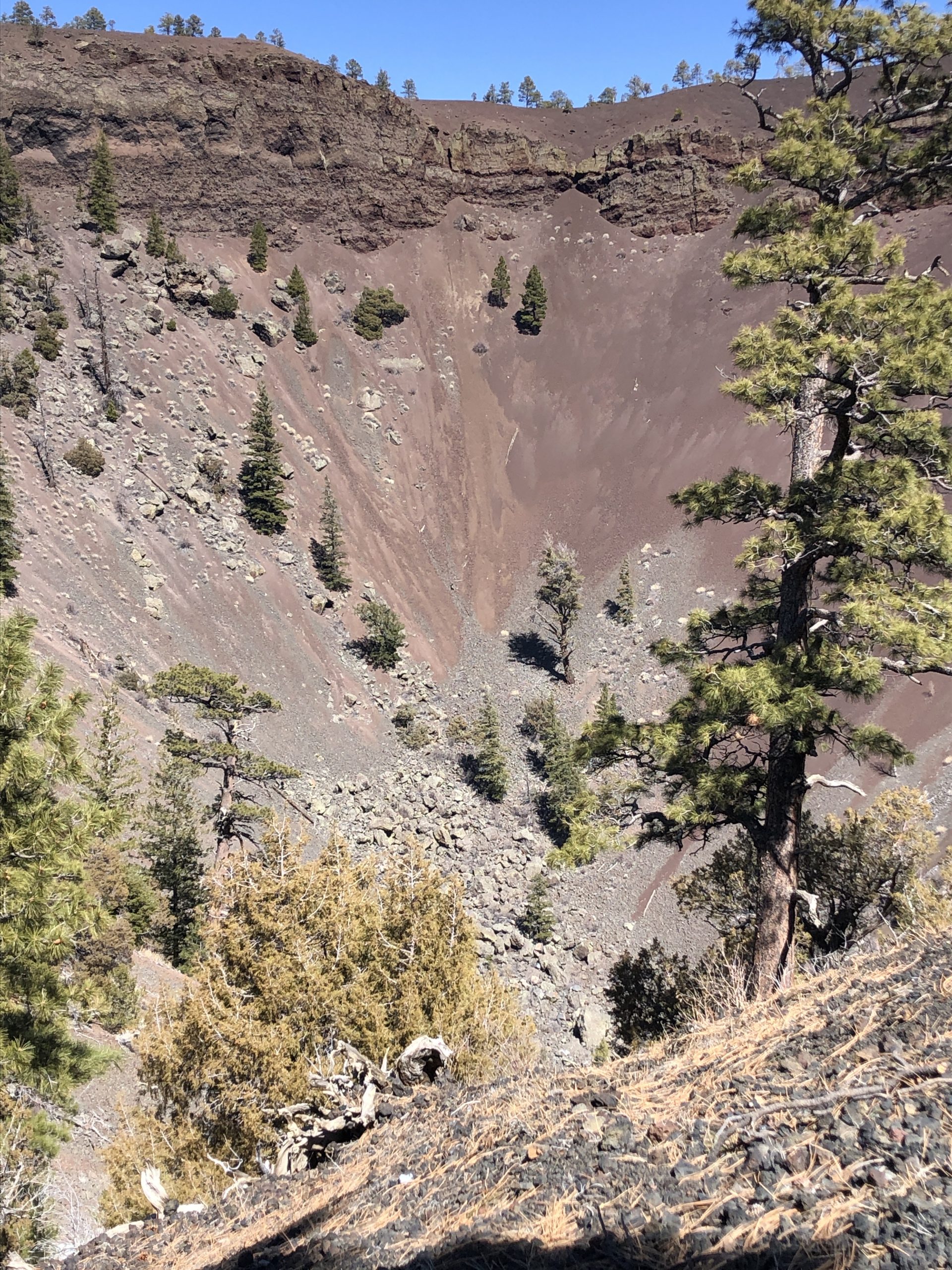 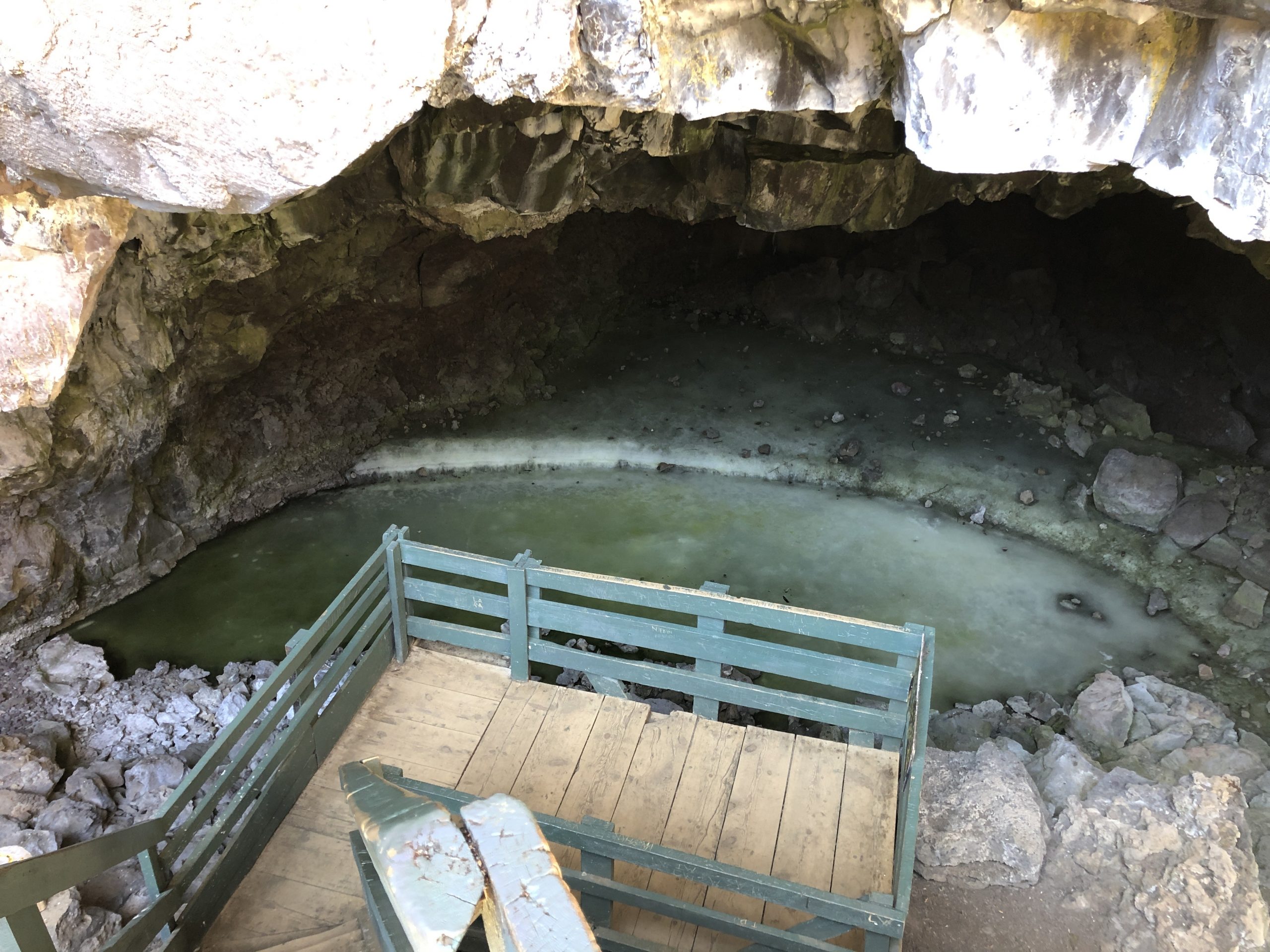 The next morning I woke up way too early. Again. I worked out, ate my breakfast, and packed up. I could only stall and fidget for so long, so I climbed into the truck and headed towards my second planned stop: the Petrified Forest.

It poured rain through the 2+ hour drive there and as I took the unremarkable exit to the park, turned right and towards the park entrance, the rain continued to come down. The park gate was closed. I had over an hour to wait. As I sat in the parking lot, watching the long, fat streaks of water roll down the windshield, I debated abandoning my plans. That travel sickness from which I suffer, that road-antsy feeling was strong. Keep moving! And I did get back on the road – but only to find the nearest bathroom – which was 20 miles west. By the time I got back, the park was open and the rain had (mostly) stopped.

I’m slightly embarrassed that I even for a moment considering blowing off this destination. I wish I’d had more time there. It’s simply spectacular – and I nearly had the whole place to myself. The only downside was that the through road in the park was closed, which meant I had to forgo seeing about one half of the park. The half that contains most of the petrified trees! 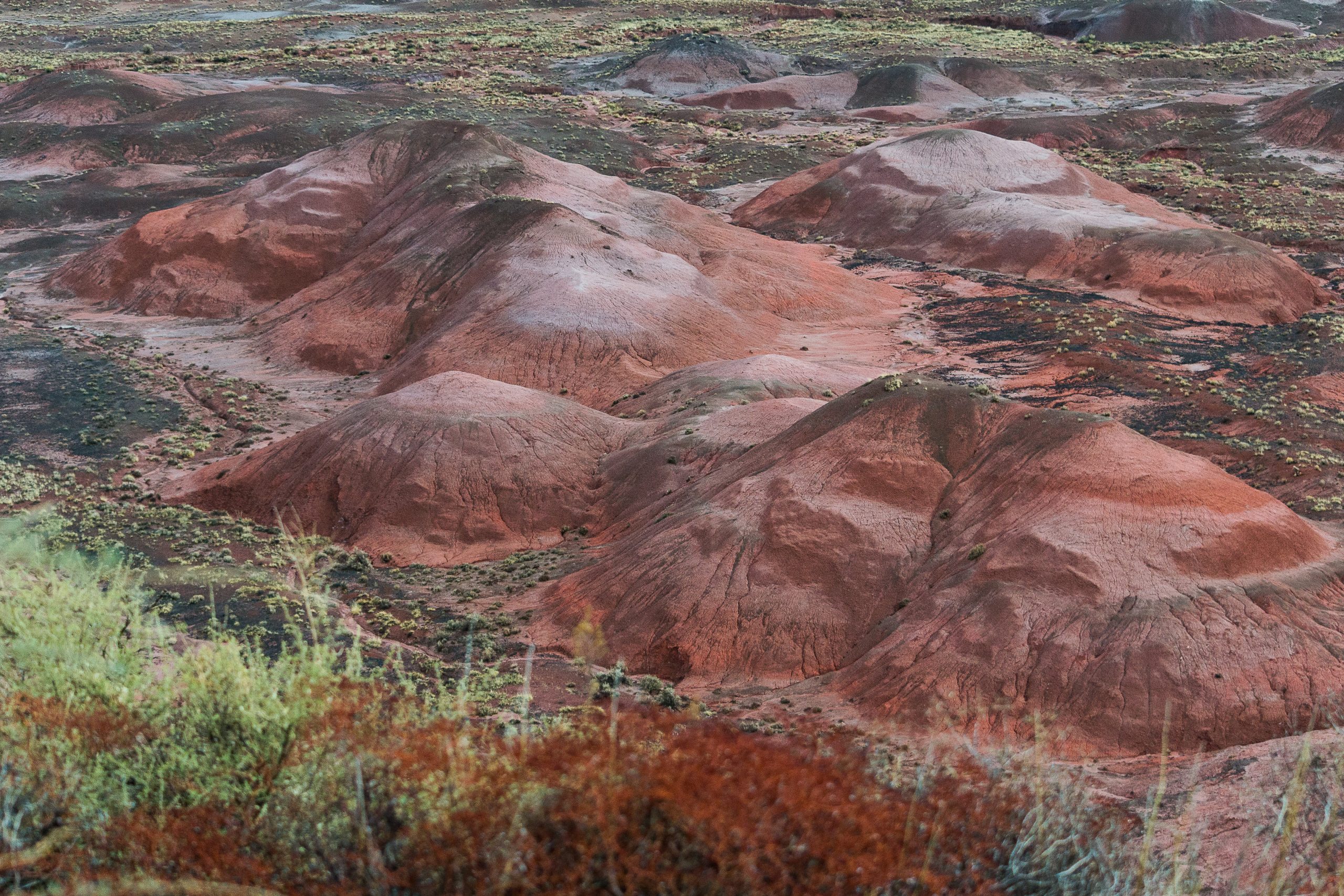 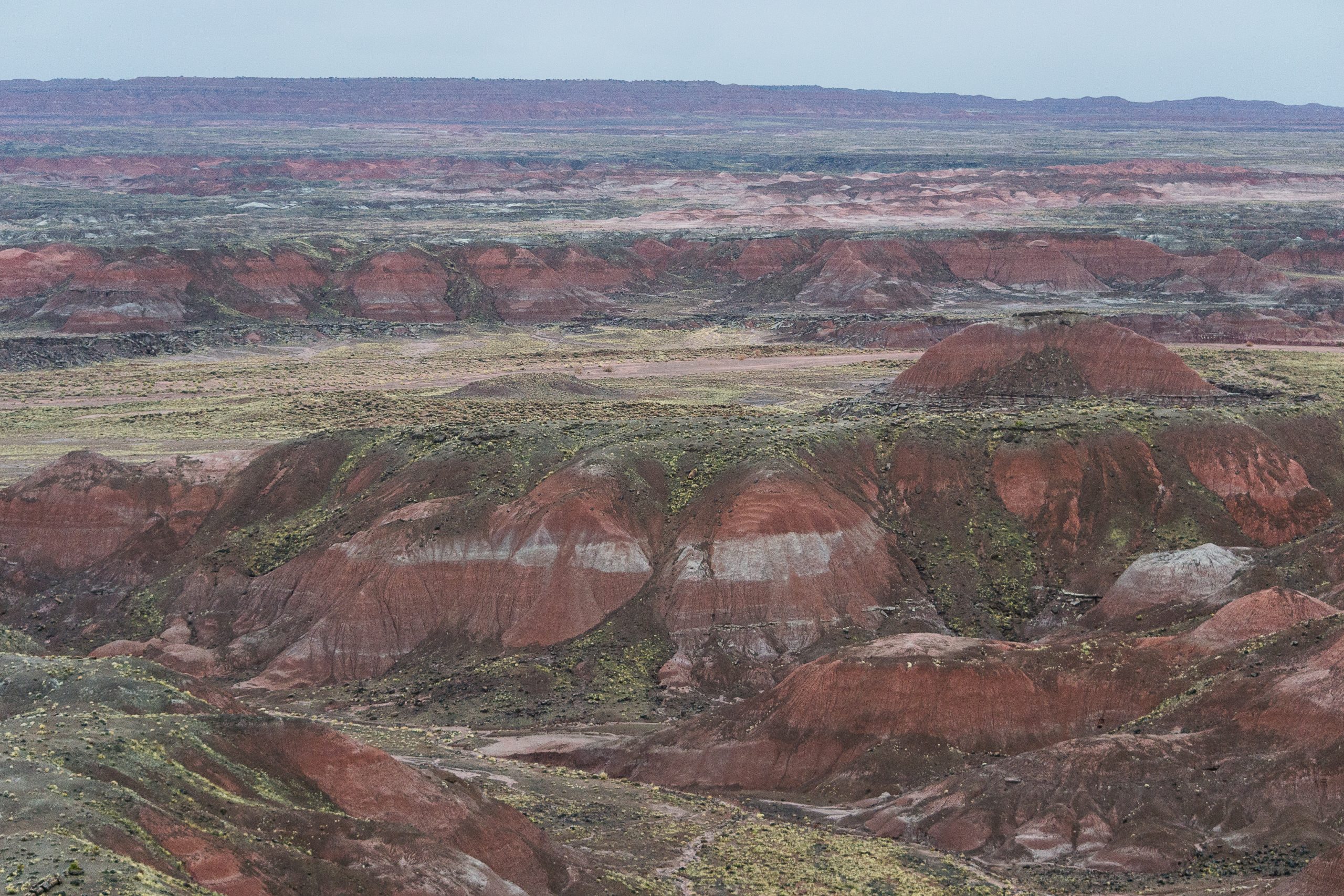 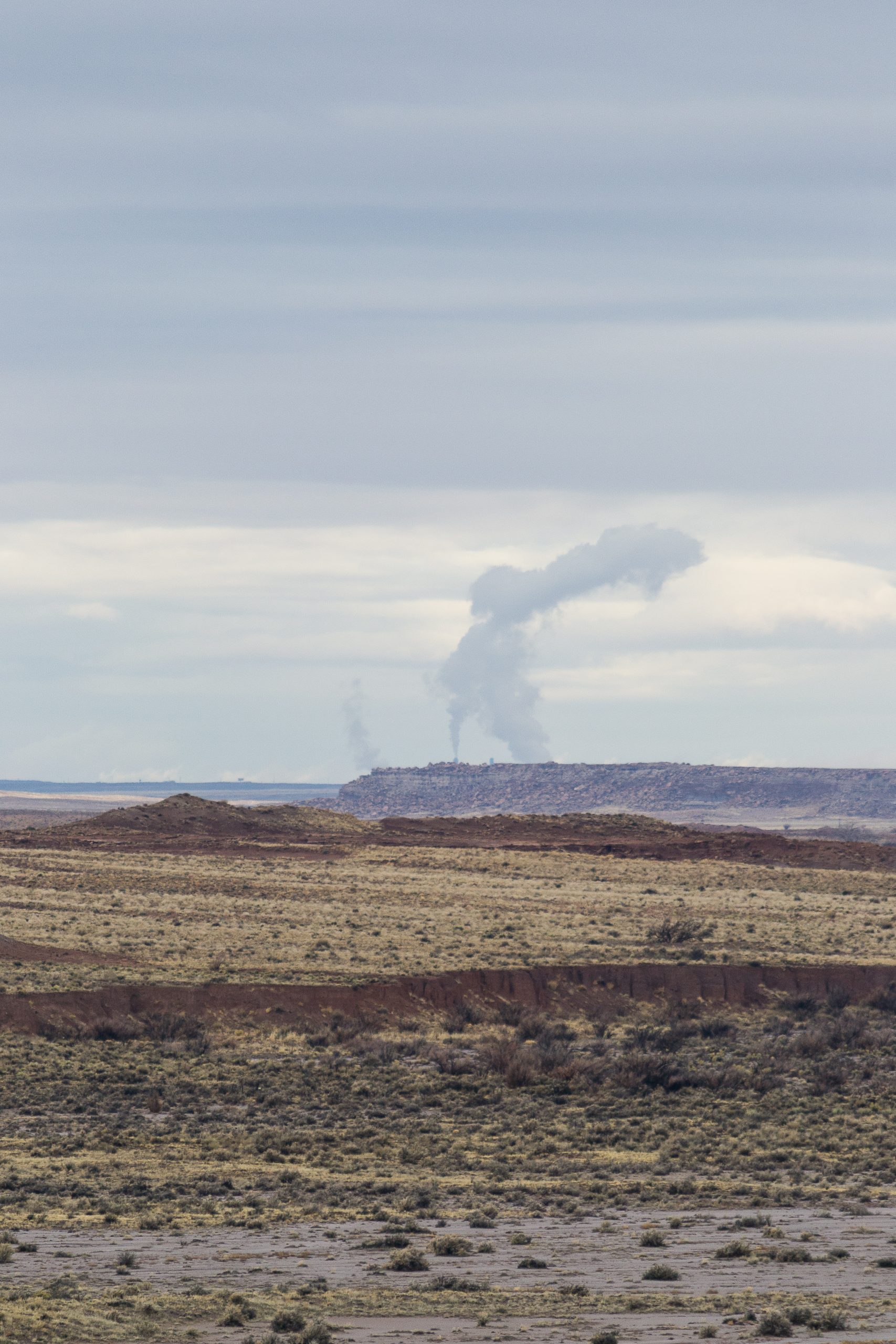 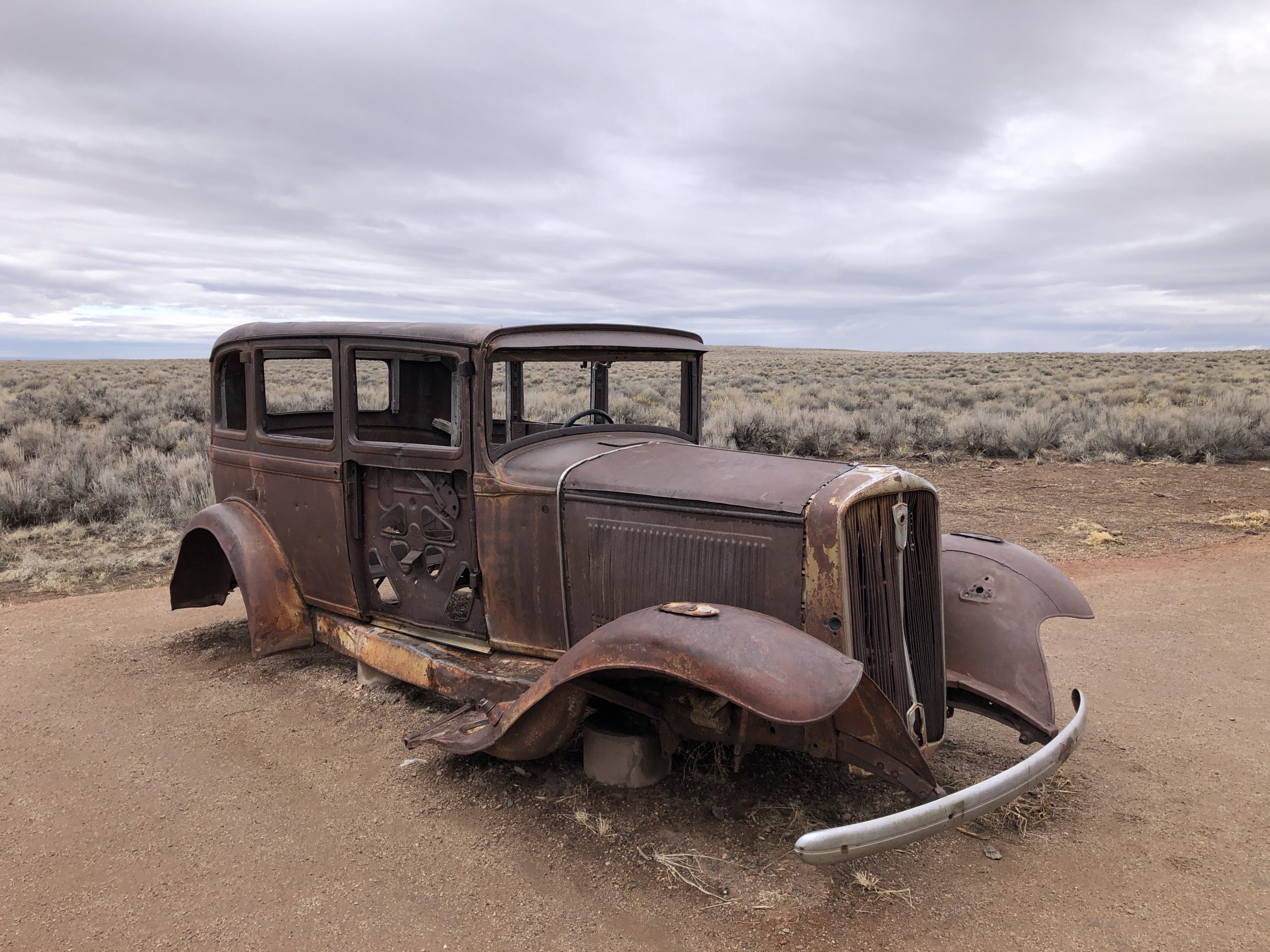 About 12 miles east of Winslow, I saw a man pumping the pedals on a rather diminutive bike on the wide shoulder of the highway. Attached to the back was a homemade “trailer,” and in front of the trailer was young dog – wearing booties on all four paws – pulling the whole kit and kaboodle.

The rain followed me in fits and starts all the way to Flagstaff, where I took a soggy walk around town, had lunch followed by an oat milk latte. Turning south for the final leg to Phoenix, I breezed by Sedona and gave it a figurative hat tip. For my return trip, I’d planned to spend a few days there on my own. I had several hikes mapped out as well as restaurants and coffee shops. Sedona had been on my travel bucket list for a long time, so I was very excited about being there, vortexes and all.

As it turned out, Sedona remains on my list. I had to cancel just towards the end of my time in Phoenix. Things were getting squirrelly rapidly. The center was definitely not holding! 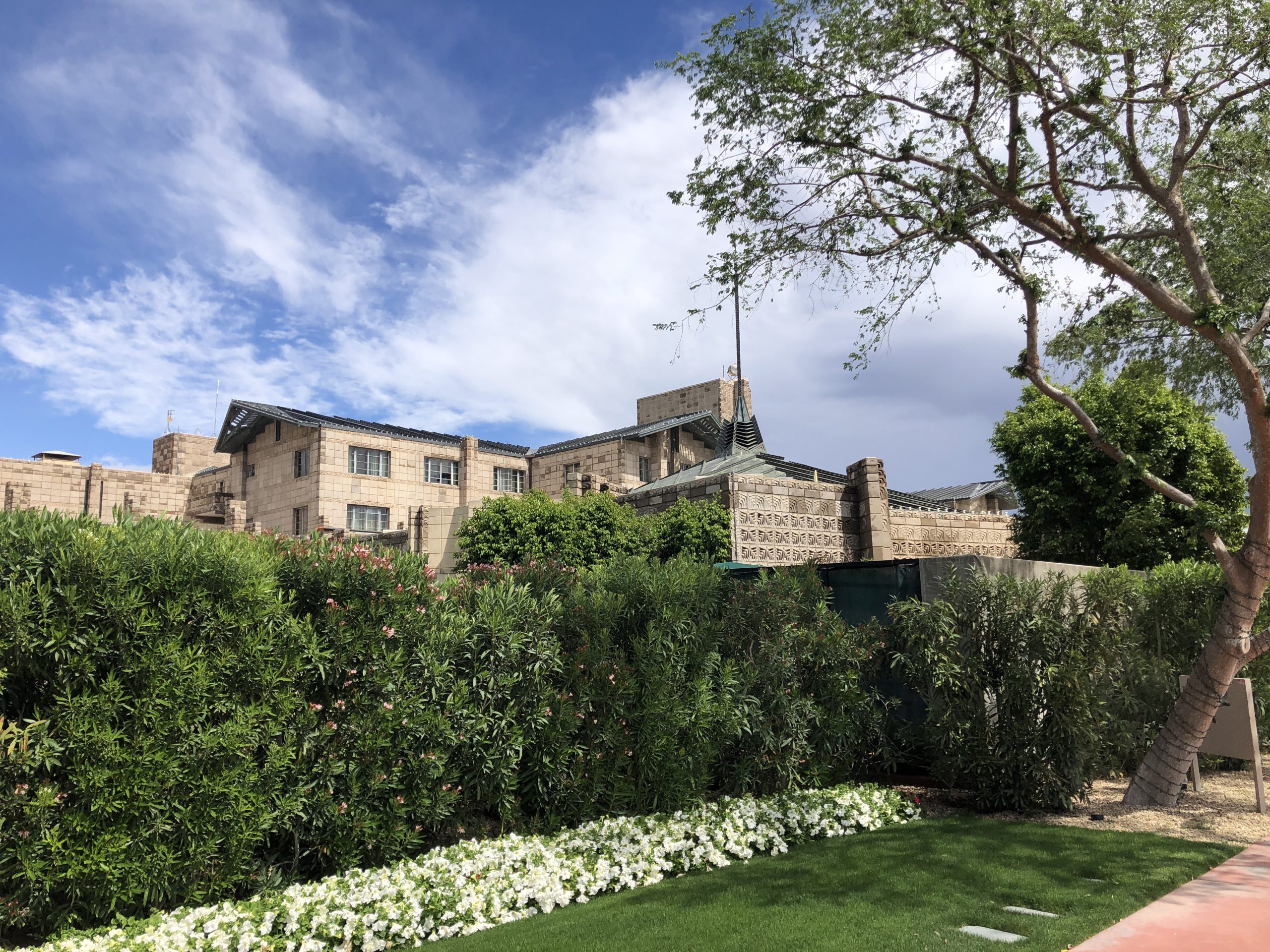 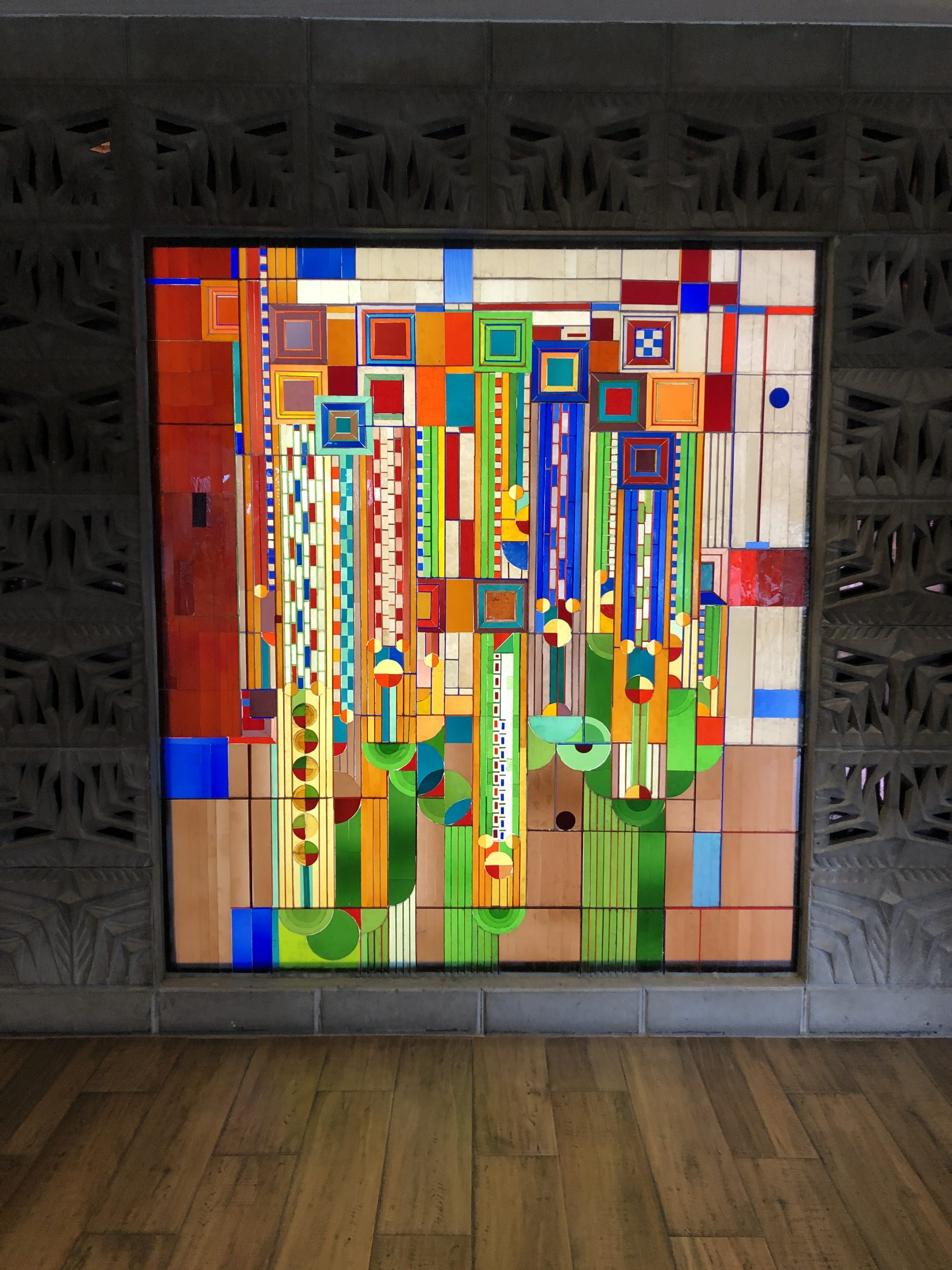 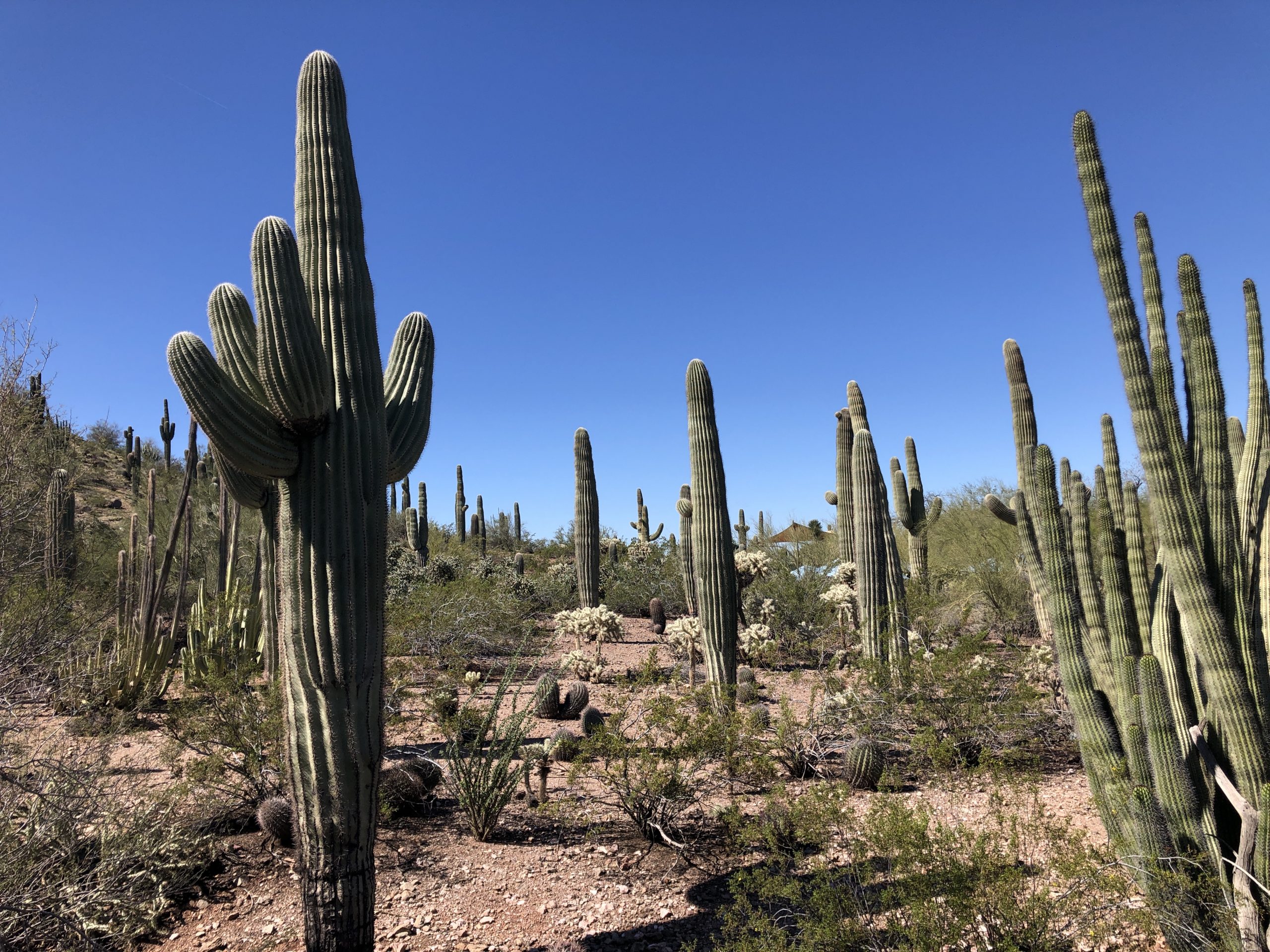 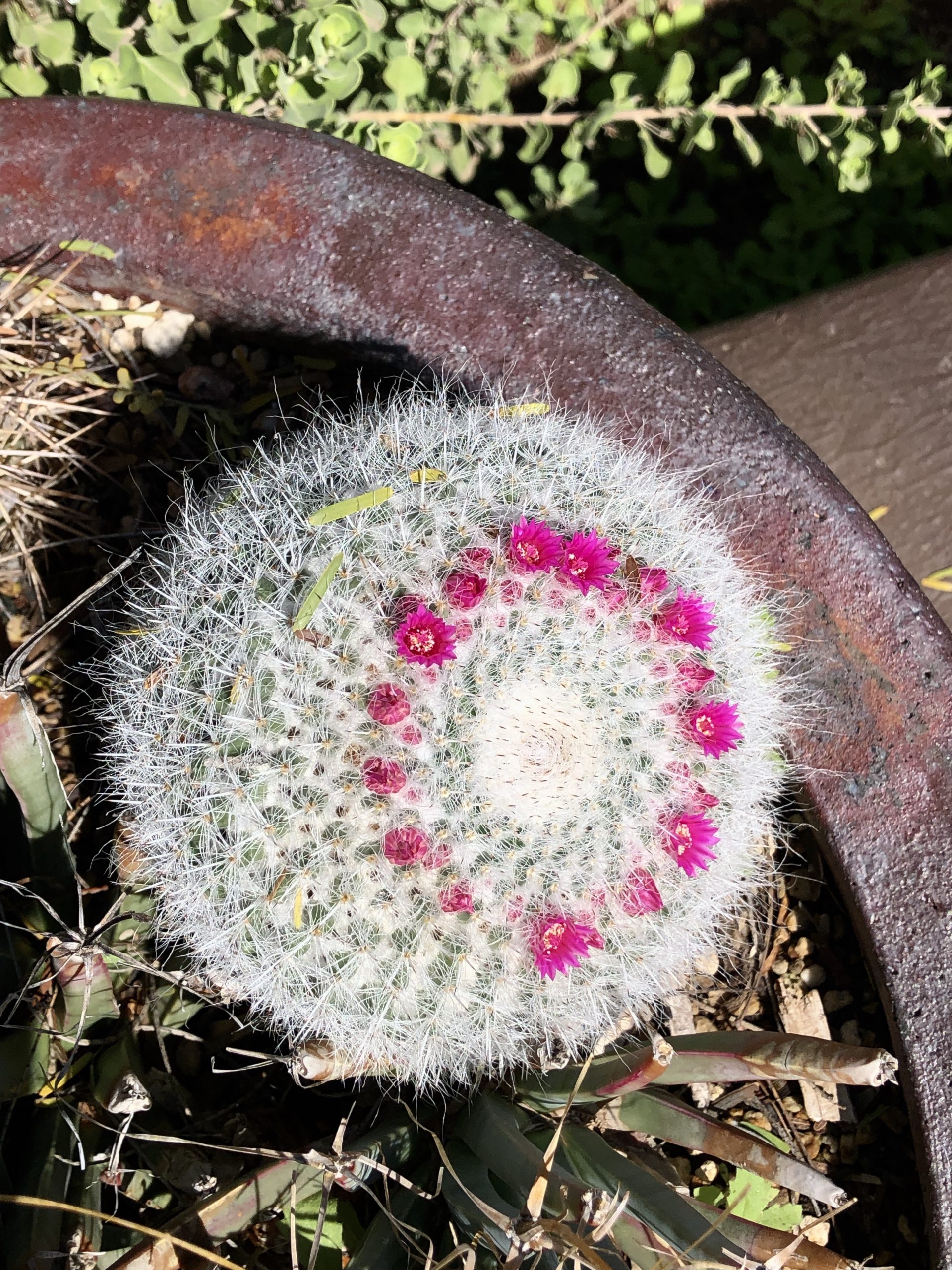 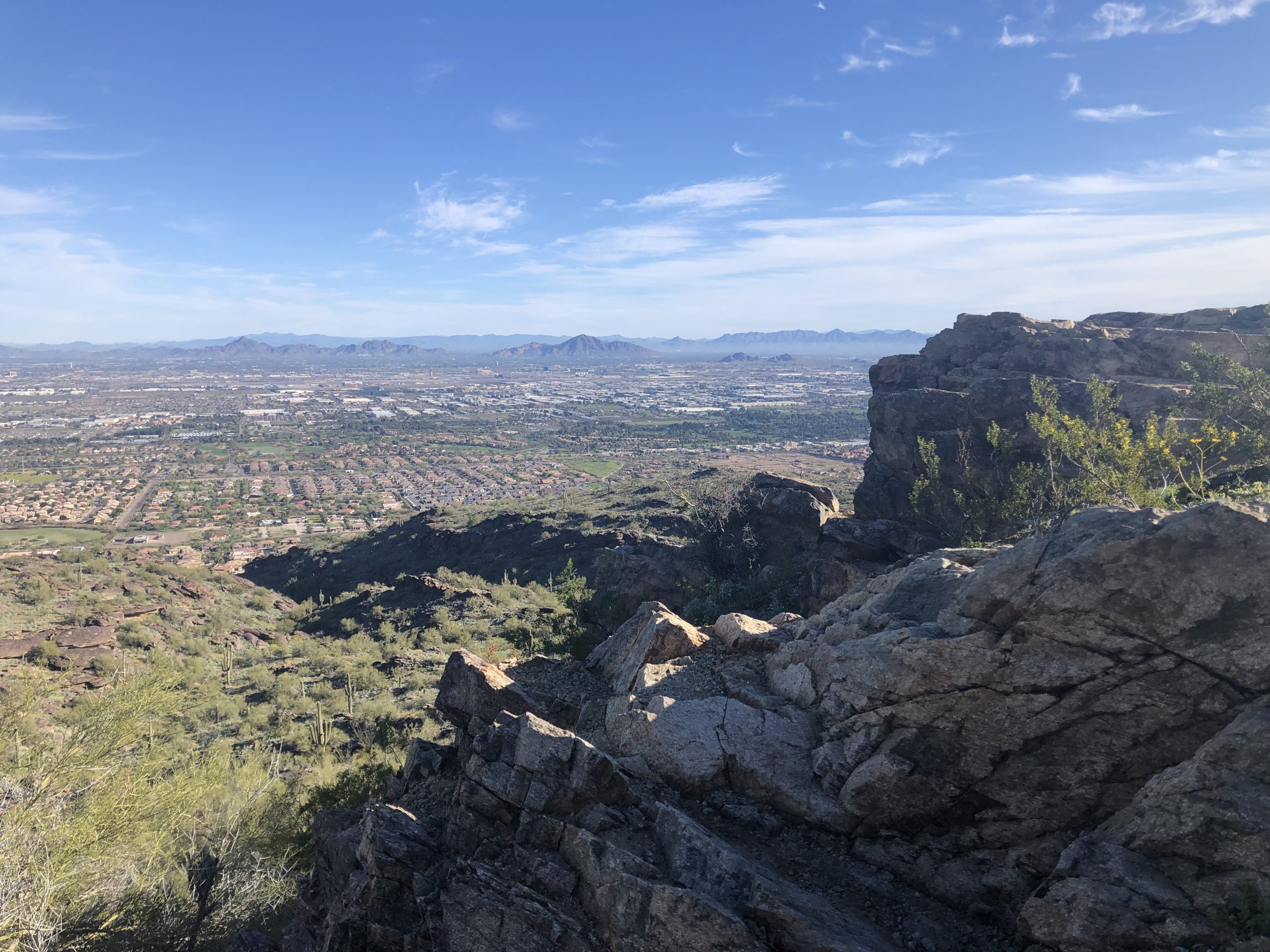 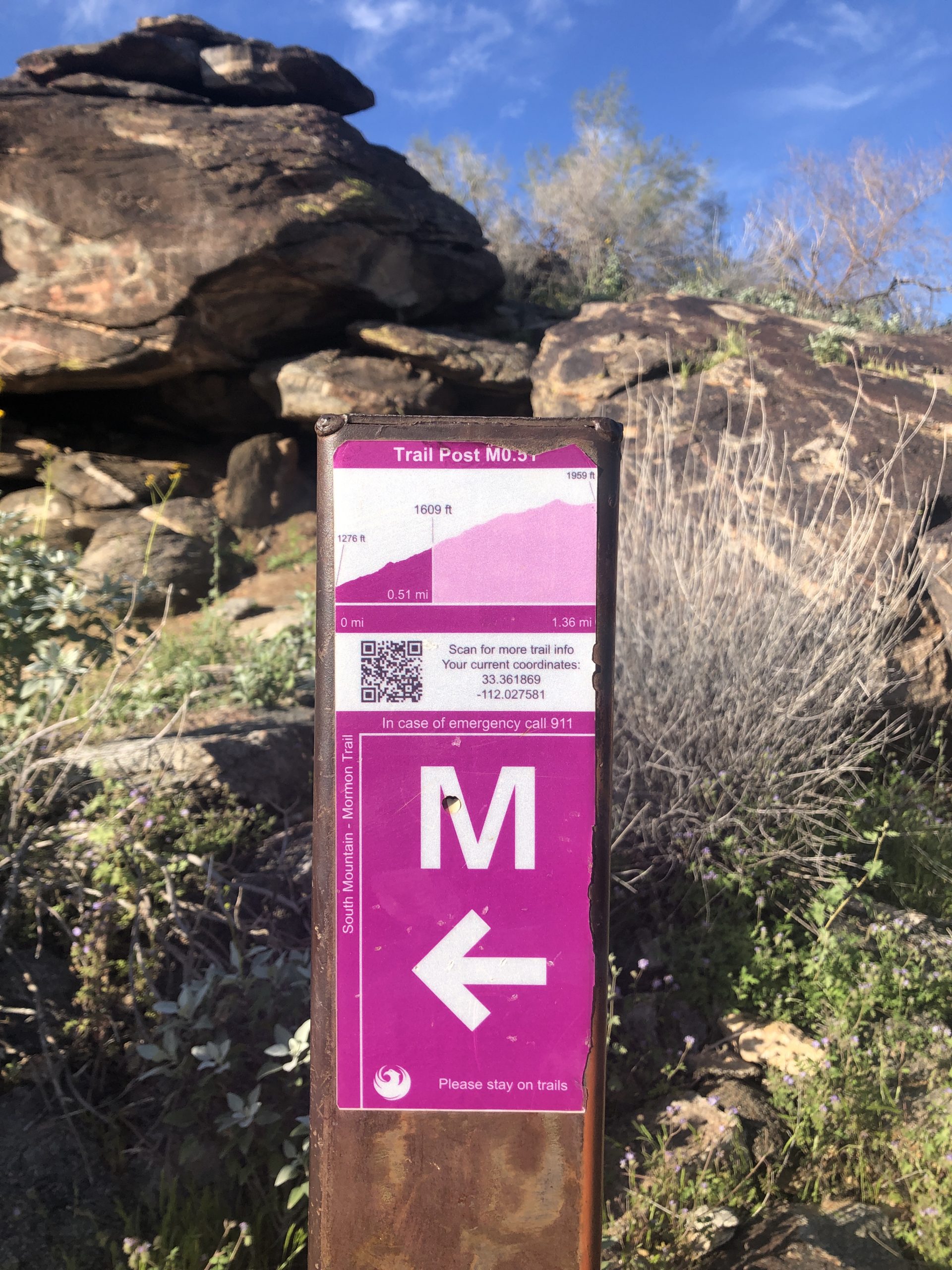 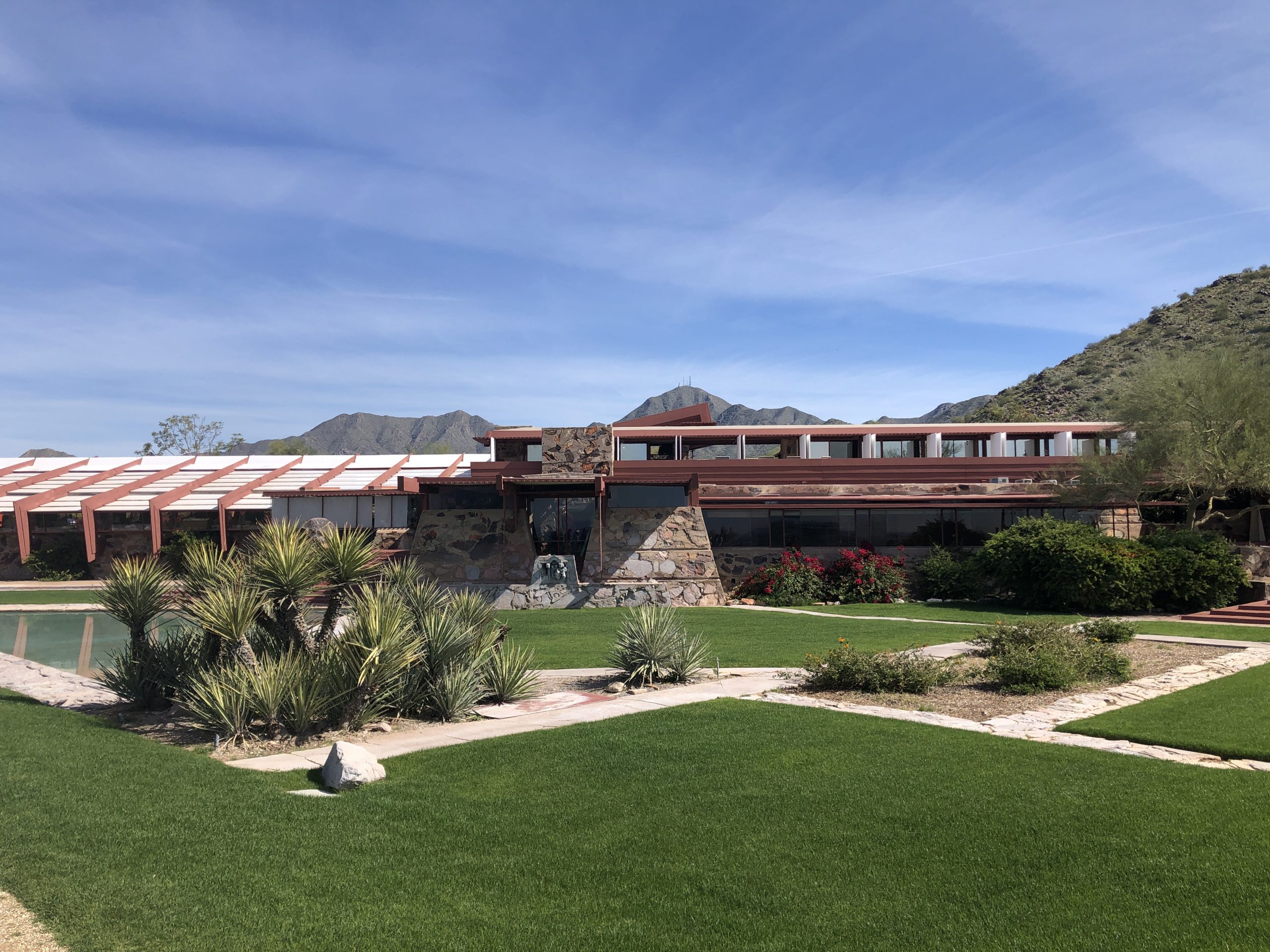 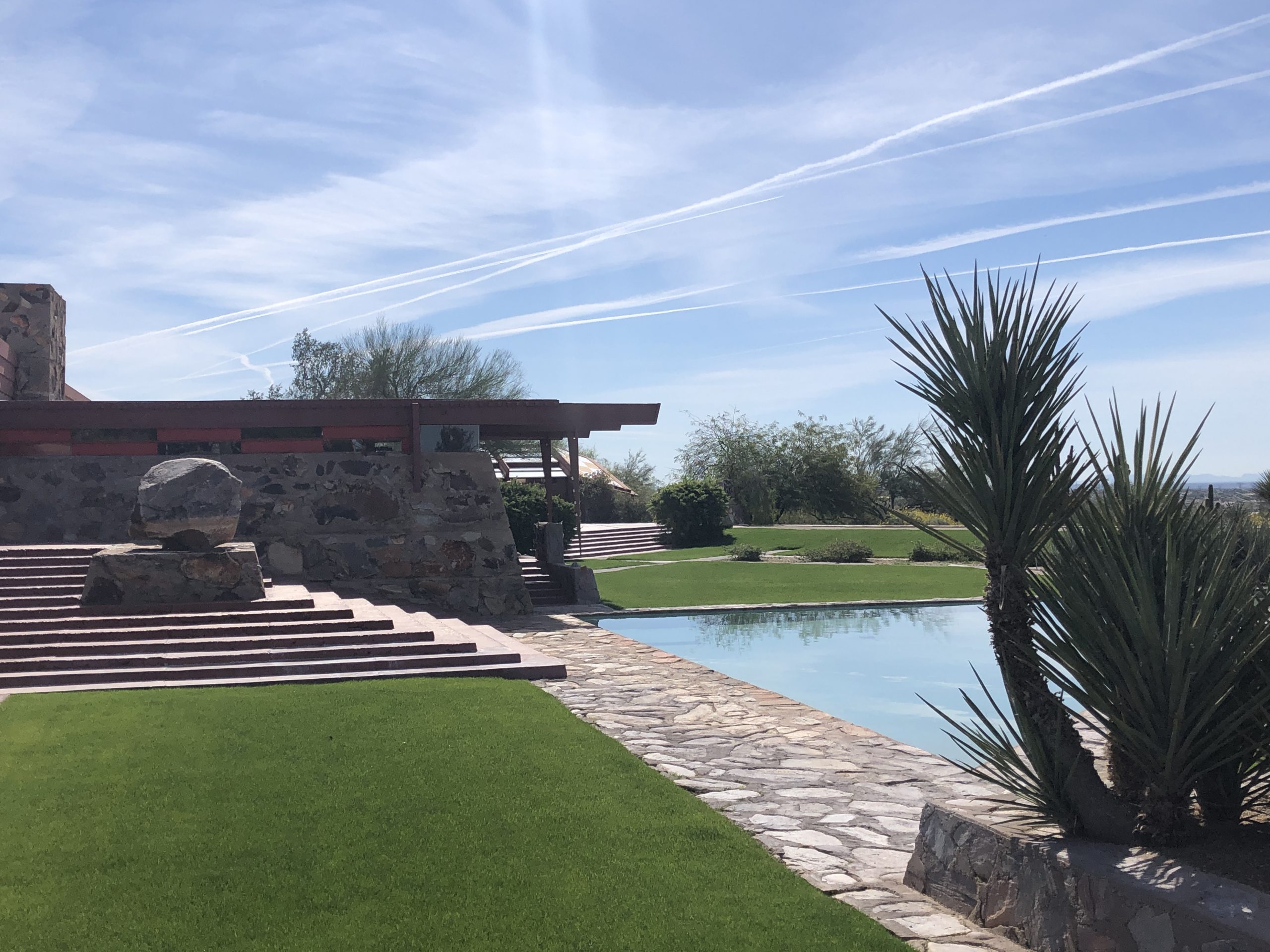 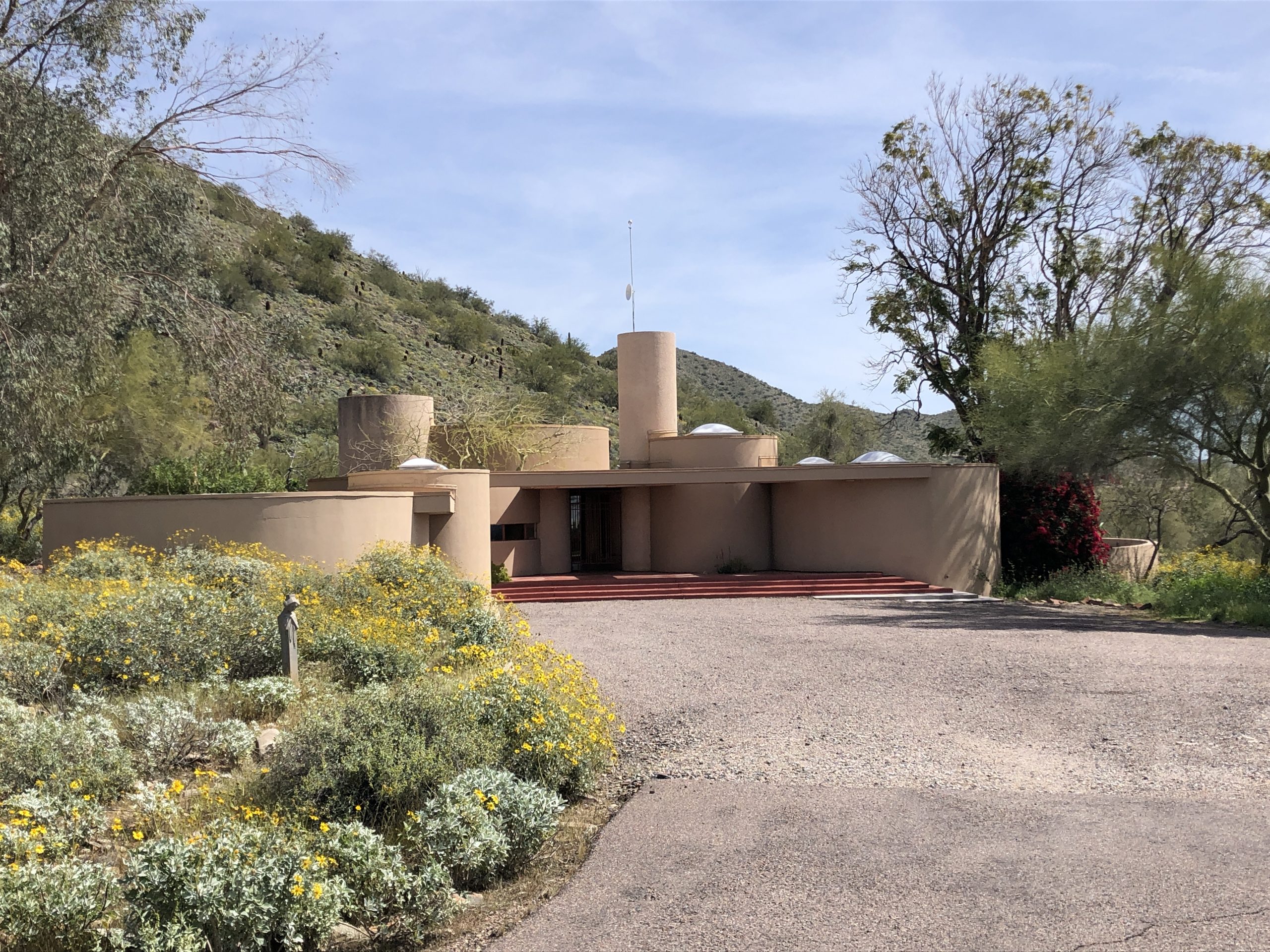 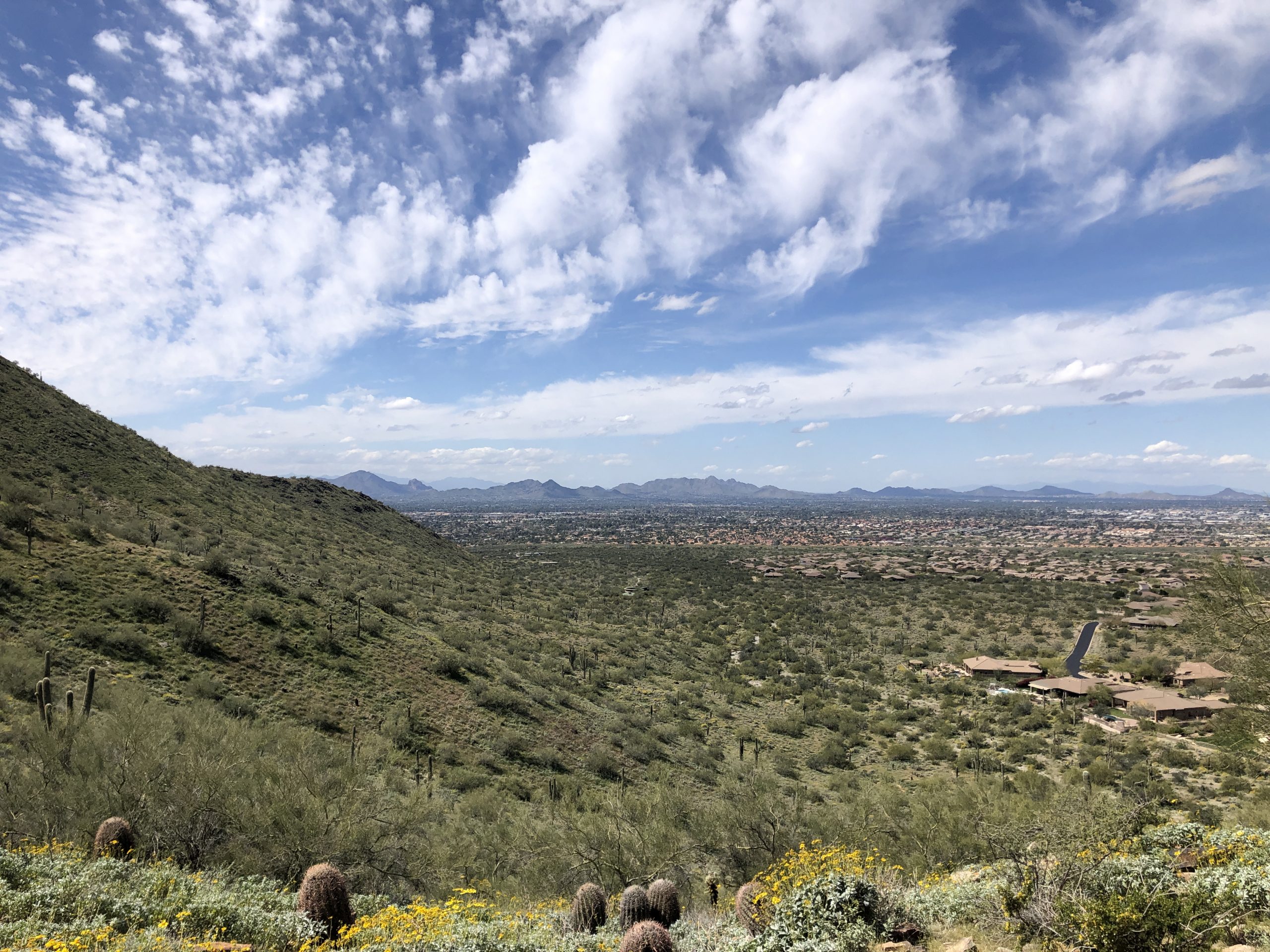 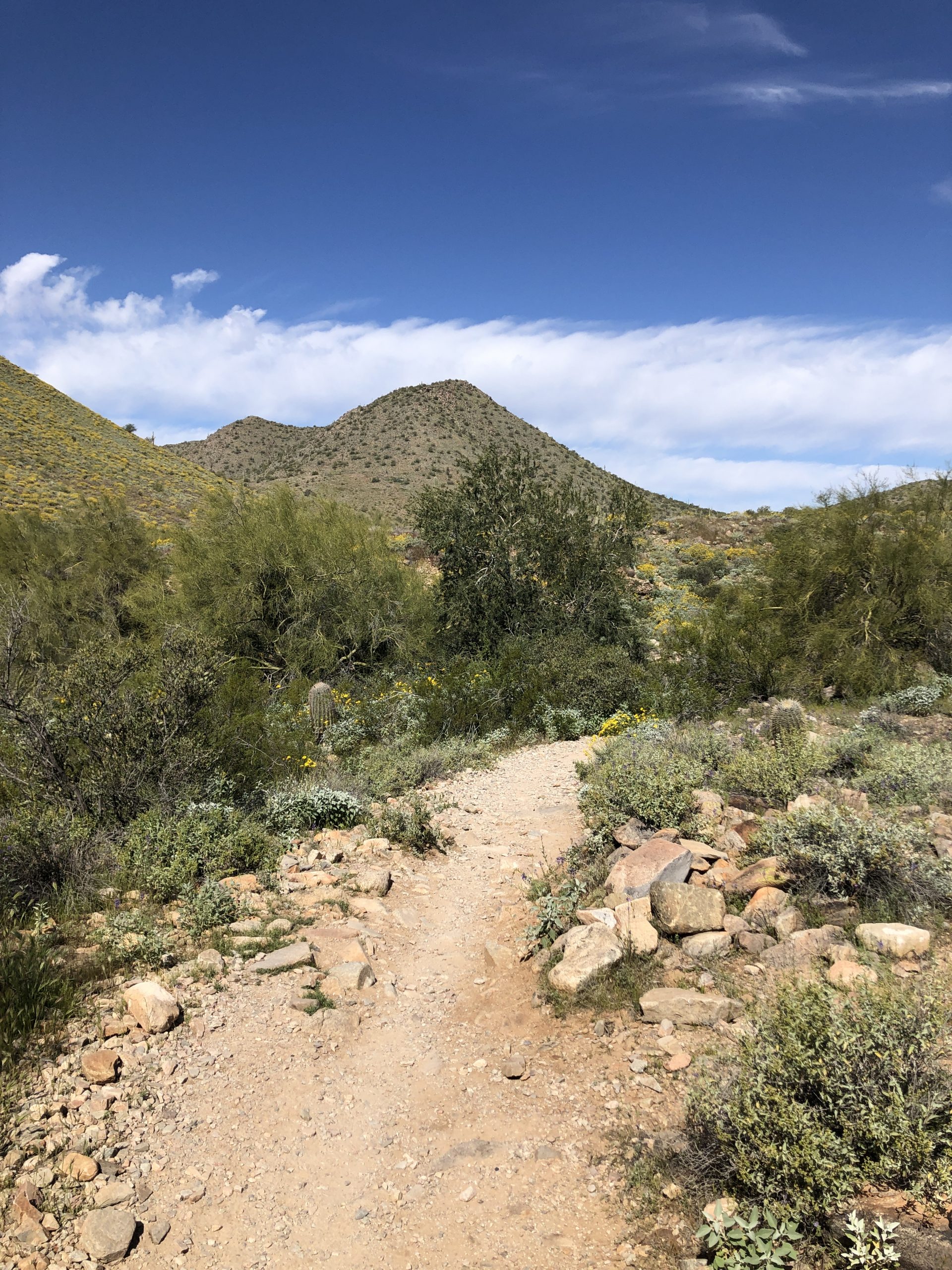 As I hinted at above, I did indeed need that Virus Kit. The day I left Phoenix I knew I was getting sick. All the harbingers were there: the dry tickle in my throat, a slight cough, the slightly woozy head. I told myself it was allergies. I overnighted in Gallup and woke up feeling like warmed-over death. It was my longest day in the car, and I’d planned to break it up with a stop at El Morro National Monument. There was no way I was going to miss it – illness or no illness.

When I arrived on that bleak and cold March morning, El Morro was a ghost park. The visitor center was closed. Only one other car was in the parking lot, and the ranger, standing awkwardly outside in the cold near the trailhead, pointed me to a pile of brochures. She was wearing a mask. It was my first encounter with what would soon be called “social distancing,” A new reality dawned at that exact moment.

The remainder of the Day That Refused to End was brutal. By the time I rolled bleary-eyed and feverish into Amarillo for another overnight, all I could think about was icy cold orange juice, steaming hot pho, and getting horizontal.

The next day I was no better, but no worse. I pulled up my big girl pants and limped over the finish line to home. My second dose of the New Reality came just west of Oklahoma City, when I stopped to get a Starbucks latte. I puzzled at the long line at the drive-through until I tried to open the door to place my order at the counter inside. It was locked. When I finally got back to our ranch a few hours later, I crawled into bed, curled up into an aching ball and essentially didn’t get out again for 4 days.

Since then I’ve cancelled several trips: a much-anticipated family reunion in North Carolina, a (now twice cancelled and rescheduled) hiking trip in Taos, and a road trip with my sister to see my dad. From where things stand right now, it sure seems like I took my Last Road Trip in March 2020. 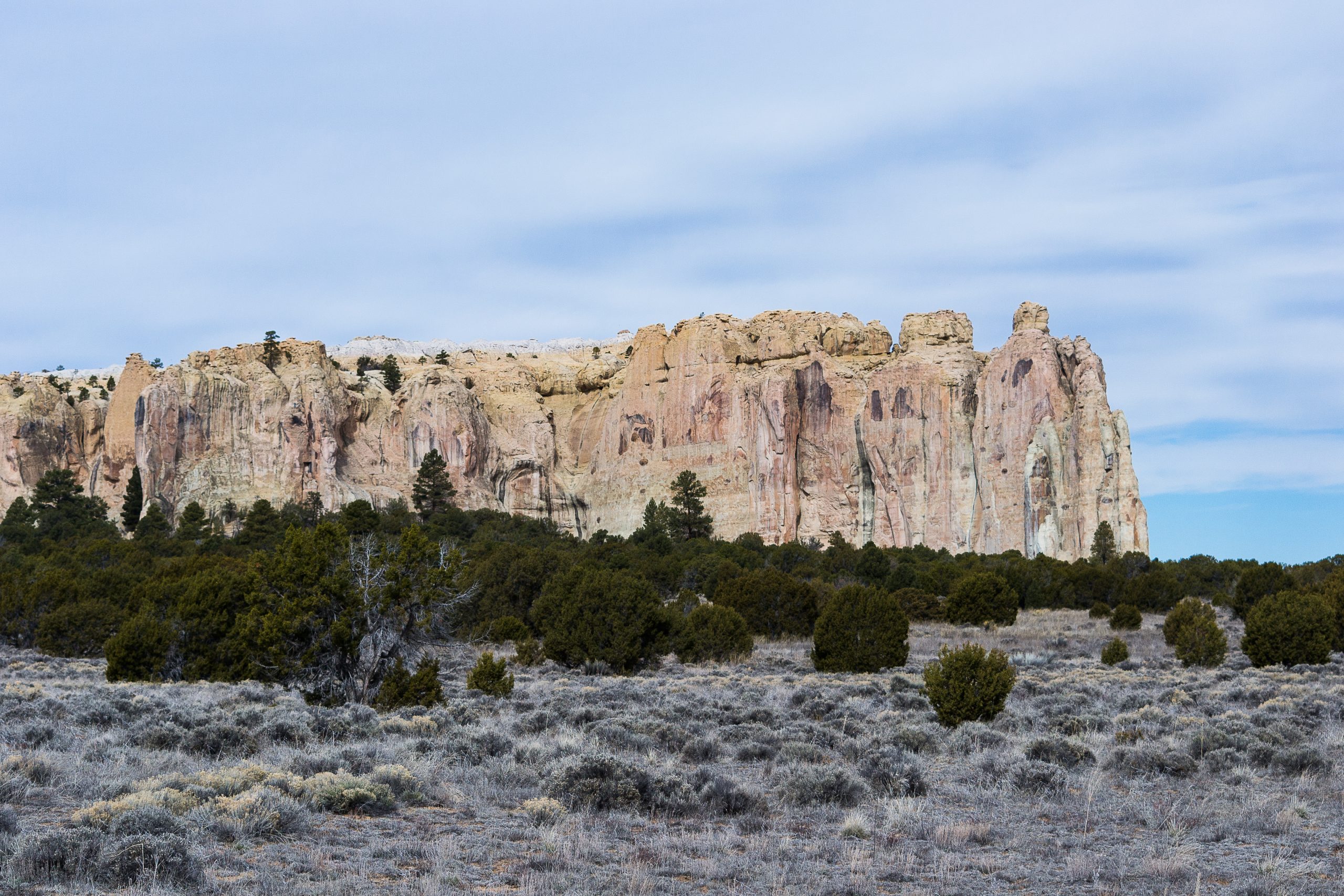 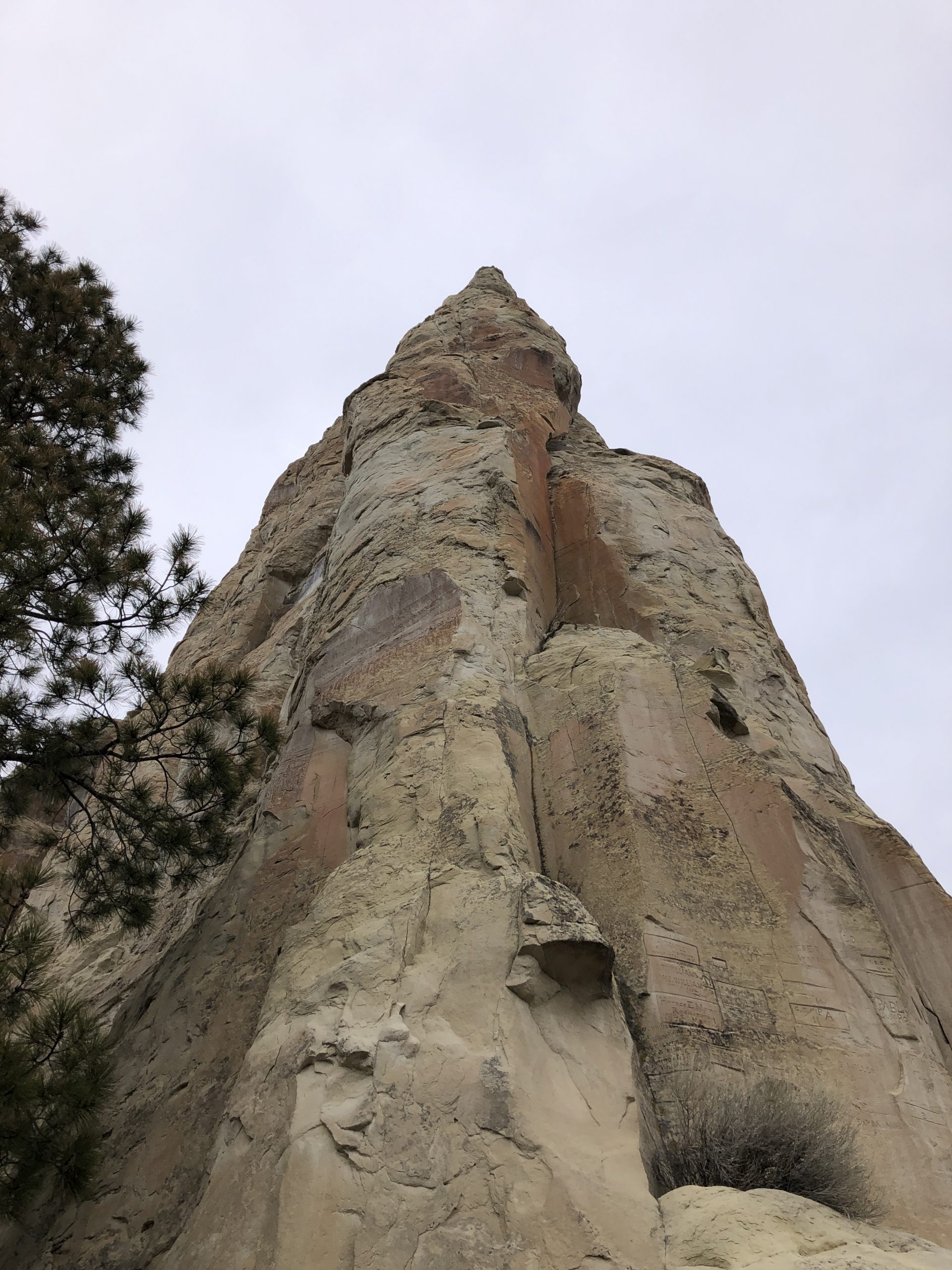 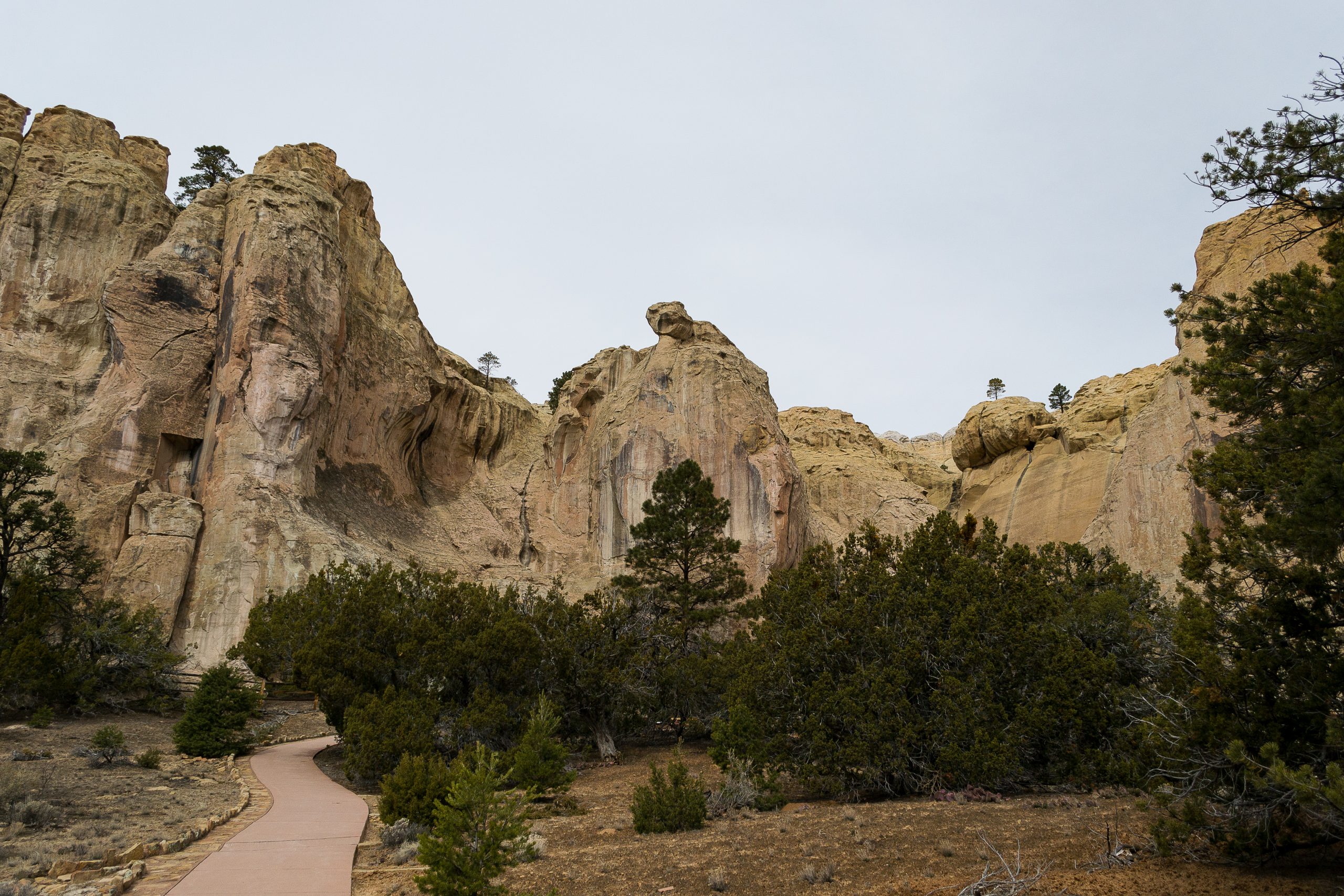 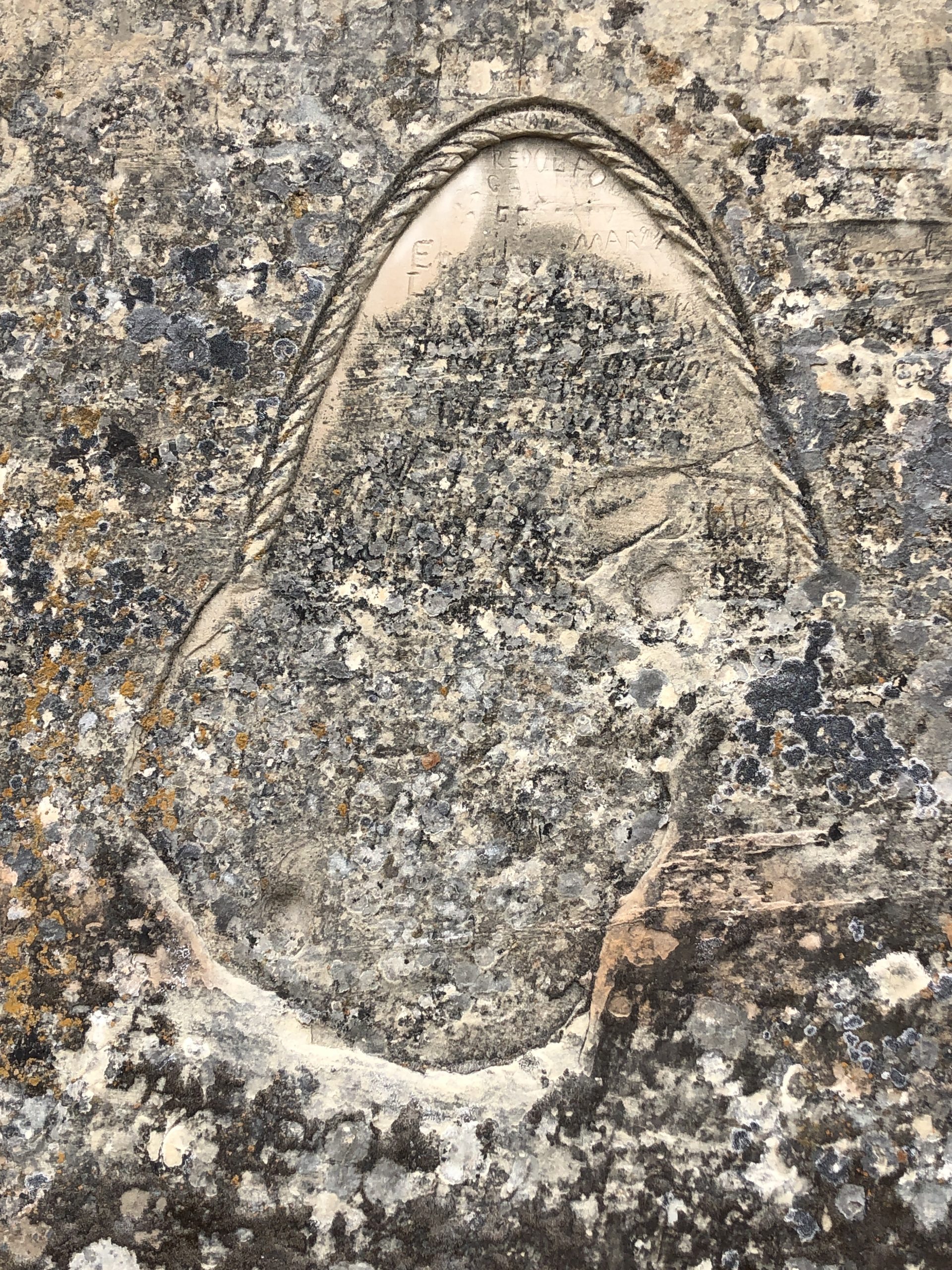 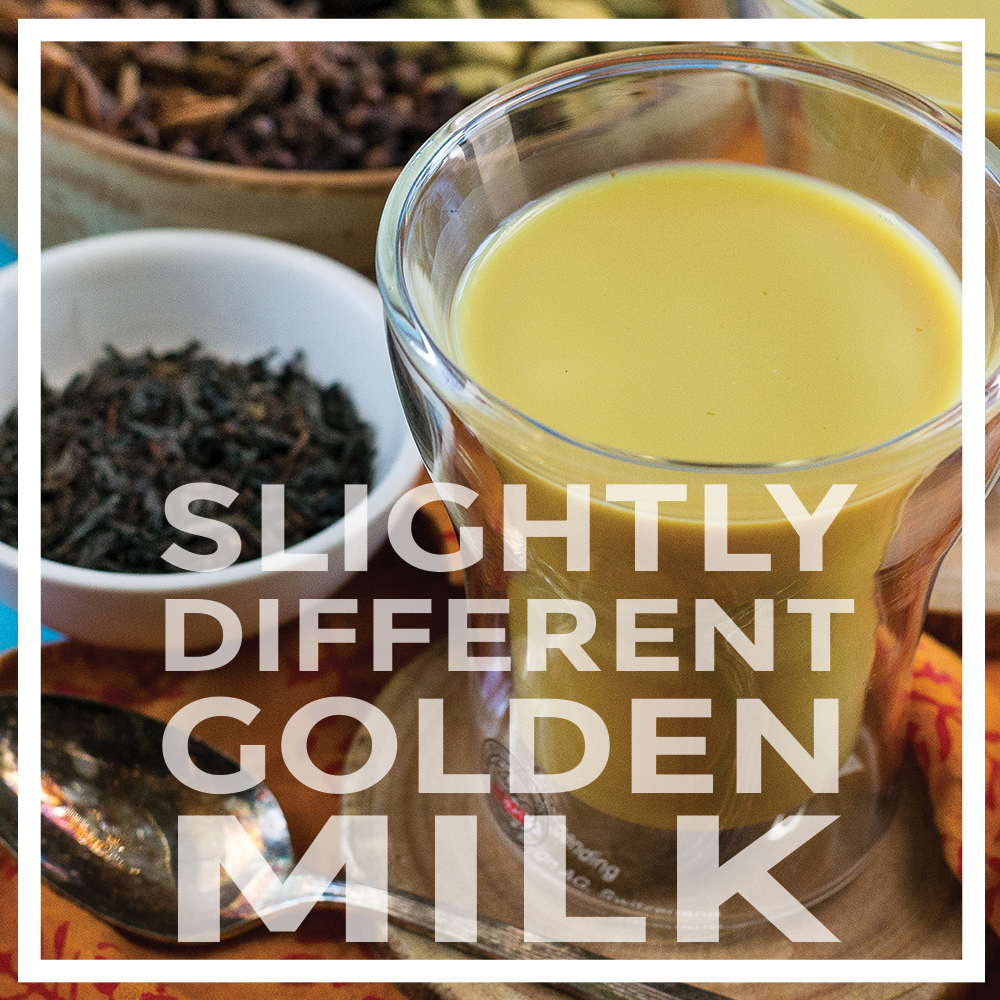 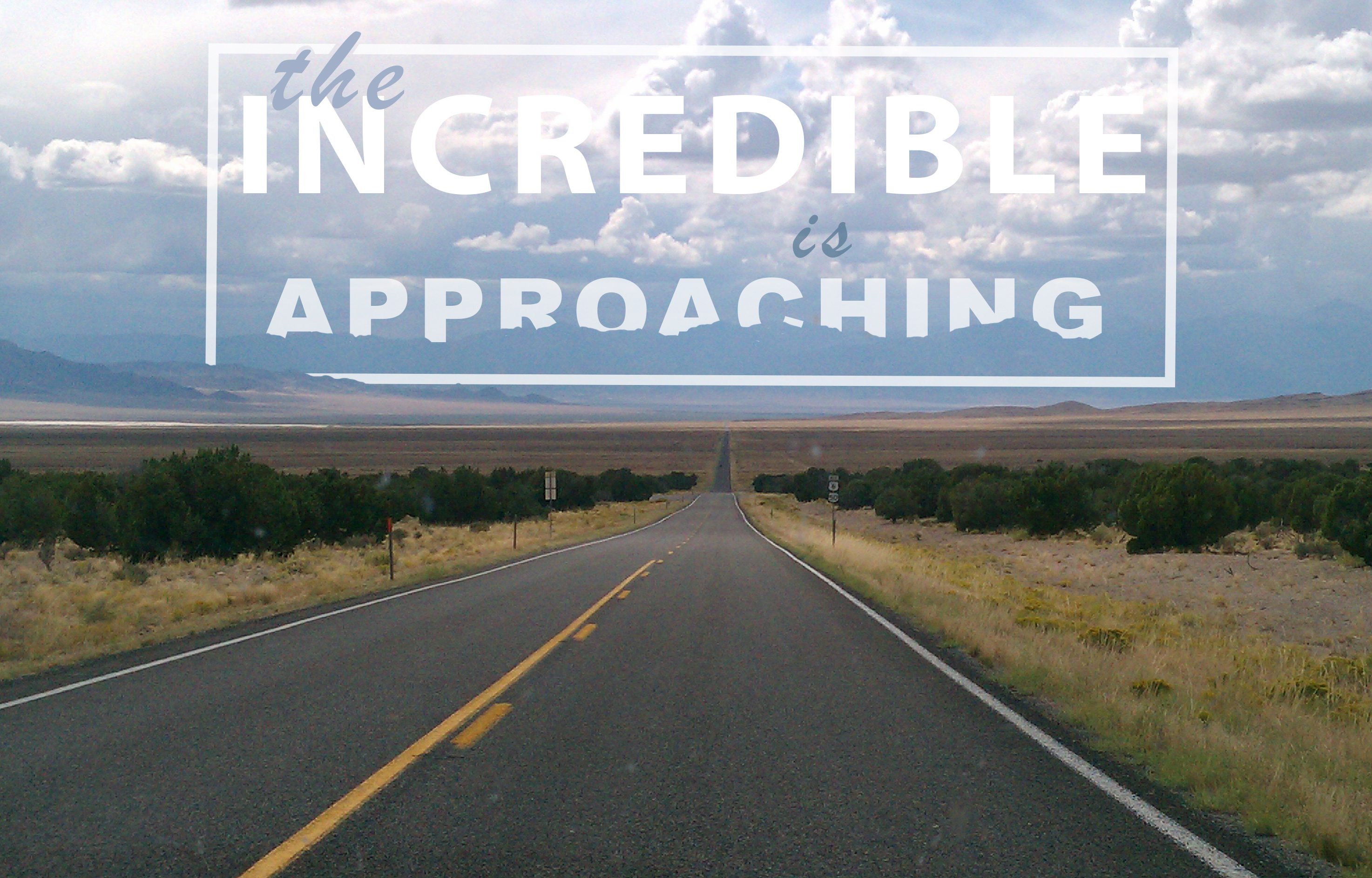